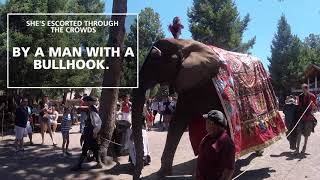 We see it time and again. Animals used and abused at festivals for the amusement of visitors. Still, we were especially shocked by the flagrant disregard for animals and visitor safety at the Colorado Renaissance Festival! Elephants, camels, and a variety of exotic cats were subjected to visitor after visitor and the noise and congestion of this popular festival. One incident in particular broke our hearts... An elephant was paraded throughout the festival with a man ca

CWI calls for a boycott of the film "The Greatest Showman", which is a glamorized telling of the story of the notorious exploiter of both humans and animals, P.T. Barnum. Far from a factual history, the film, starring Hugh Jackman, is meant to be an inspiring "against all odds" tale of a man who turned his dreams into reality. However, what it does not share is the abuse and suffering Barnum caused countless beings in order to obtain his notoriety. Barnum exploited indigenous

CWI protests the largest rodeo event in the country!

For the fourth year running, CWI hosted the annual National Finals Rodeo event, which is held in Las Vegas at the Thomas and Mack Center on the University of Nevada, Las Vegas campus. We thank the amazing Las Vegas animal advocates for speaking out against the brutality inflicted upon animals in the rodeo, especially our event leader Hani Levi!

Nosey's Day in Court, and a Big Arrest!

CWI received some stunning news just moments ago: the "owners" of Nosey the elephant have been arrested for charges of animal cruelty related to Nosey! The Liebels were being processed into jail in Lawrence County, Alabama on December 16th and then released on bail. We can also share that the trial for Nosey took place December 15th and went on for an extremely long 10.5 hours during which time both sides presented their case. During the trial, the veterinarian for the pro 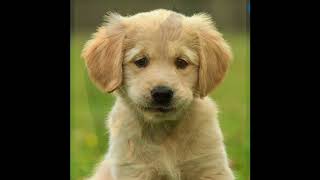 They Are Not Yours!

CWI releases a dynamic new video letting viewers know...animals are not ours! Not for medicine, food, or any other use. They exist for and of themselves, so go vegan, and leave them alone!